Arve Smith-Strøm takes over as new general manager at Framo Holsnøy. He has worked for Framo since May 1996, and was part of the team to plan the pipe factory Framo Holsnøy, which opened in 2006.

“We were assigned the task of building the most modern pipe factory in the world. We have succeeded in this. If you visit pipe factories around the world, you will quickly notice that Framo Holsnøy is both modern and forward-looking by comparison. The reactions we see from visiting customers also indicate that we are unique on a global scale. They are surprised and impressed by the level of automation and how modern the workshop is, and that we keep it so clean and tidy. This is not usual for a pipe workshop,” says Arve Smith-Strøm. 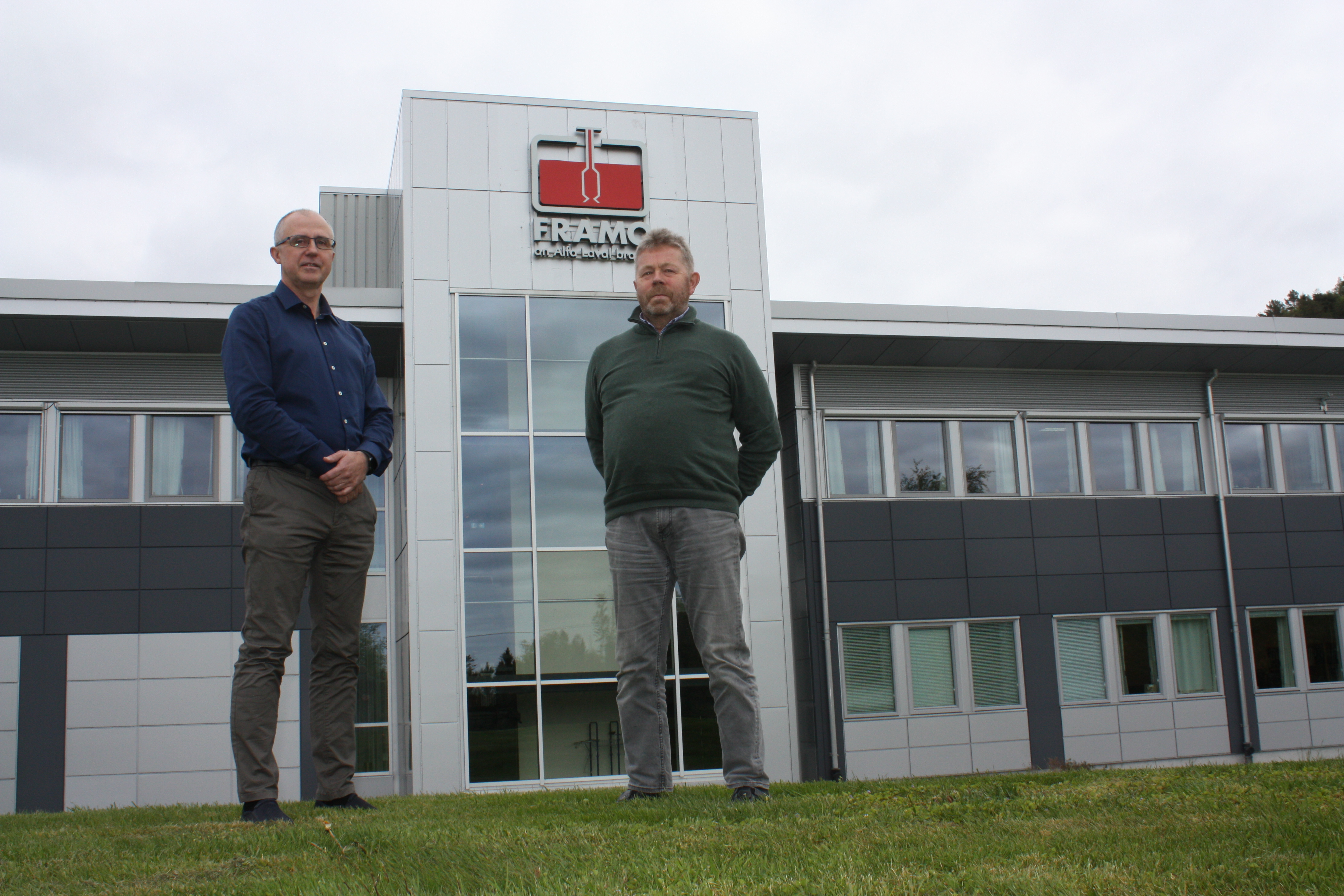 At Framo Holsnøy, Arve Smith-Strøm (on the left) is ready to take over from Geir Nilssen as the new General Manager.

The new General Manager has no plans to turn the company upside down, but has noted the potential to further increase capacity by working even smarter and by automating more processes. There are always improvements to be made, and the company is currently working on a project to make the welding processes more efficient.

“Geir Nilssen has continued the efforts of the Director before him and done an excellent job. He is handing over a very well-managed operation. We have upgraded large parts of our machinery, and we have a modern and efficient production process with a high level of automation, just like we had planned at start-up,” confirms Atle Smith-Strøm.