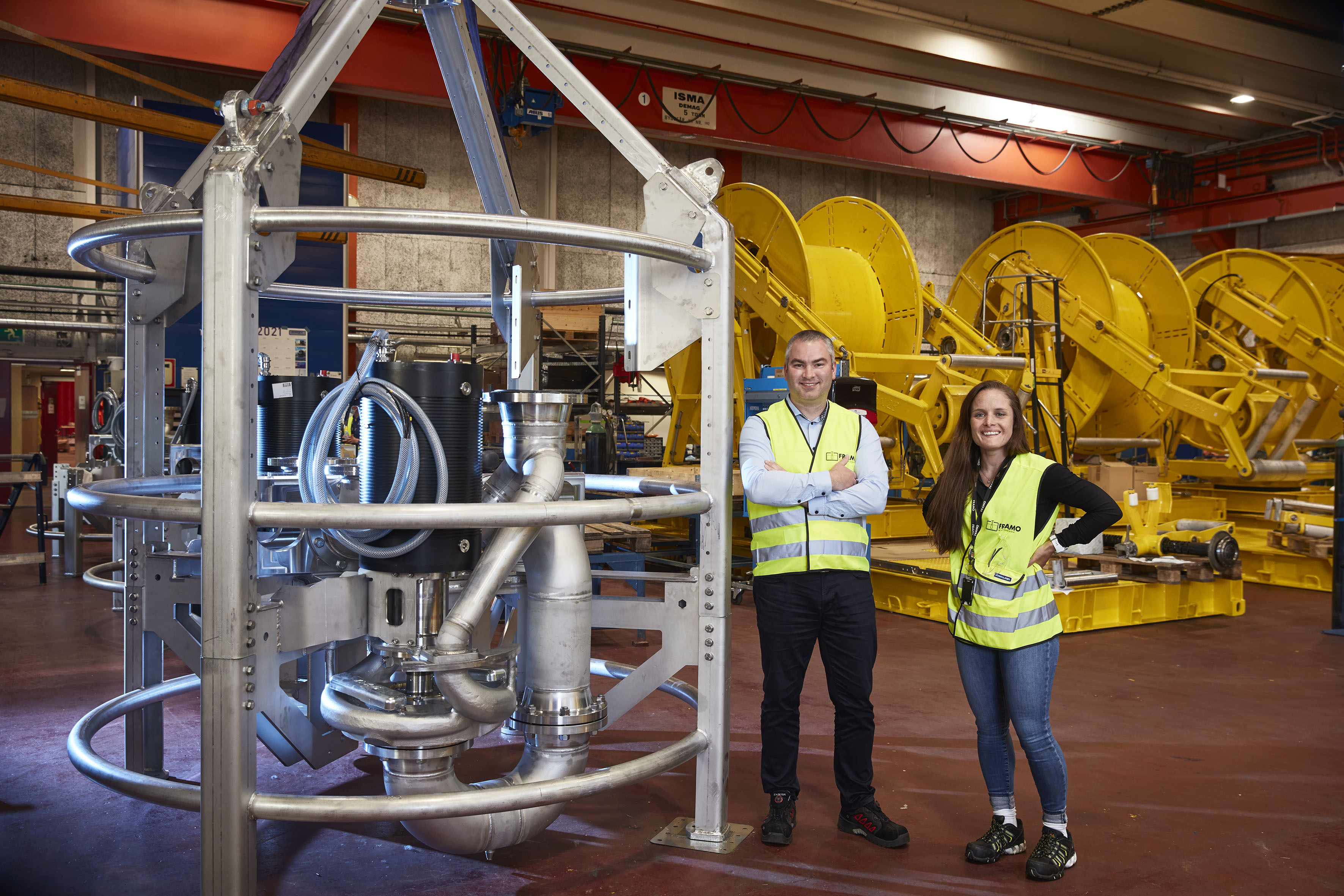 The Framo factory at Flatøy outside Bergen is producing the equipment that will anchor the wind turbines for Scotland's largest offshore wind farm project.

Italian engineering company Saipem, which is installing the turbine foundations for the Seagreen offshore wind farm, has chosen Framo's suction anchor technology for the project. The contract marks a milestone for Framo. The Scotland order increases our experience in the renewables sector and is the largest Framo has secured to date in this market.
When the Framo equipment is dispatched from the Flatøy factory, the pump technology will help to finish Scotland's largest wind farm. Framo's suction bucket technology will be used to install 114 large wind turbines at the 1075 MW wind farm, which will supply 1.3 million households with energy.

"Framo's pump technology will anchor the wind turbines to the seabed safely and securely – and we're currently using the expertise we have at Flatøy to produce the equipment, which will be delivered in August," says Arne Thilesen at Framo.
The foundations for the wind turbines are installed by pumping out water from the upside-down buckets. This creates a vacuum, which presses them down into the seabed. Framo has been using its experience and pump technology to anchor oil installations in this way since the 1990s. Now the same expertise is being used to make a difference in the renewables market. Considerable efforts have been made in the various production departments at the Flatøy factory, with people working all hours to get the job done.
"The project is multidisciplinary, with all areas of the technical department involved since the start-up in autumn 2020", Thilesen says. 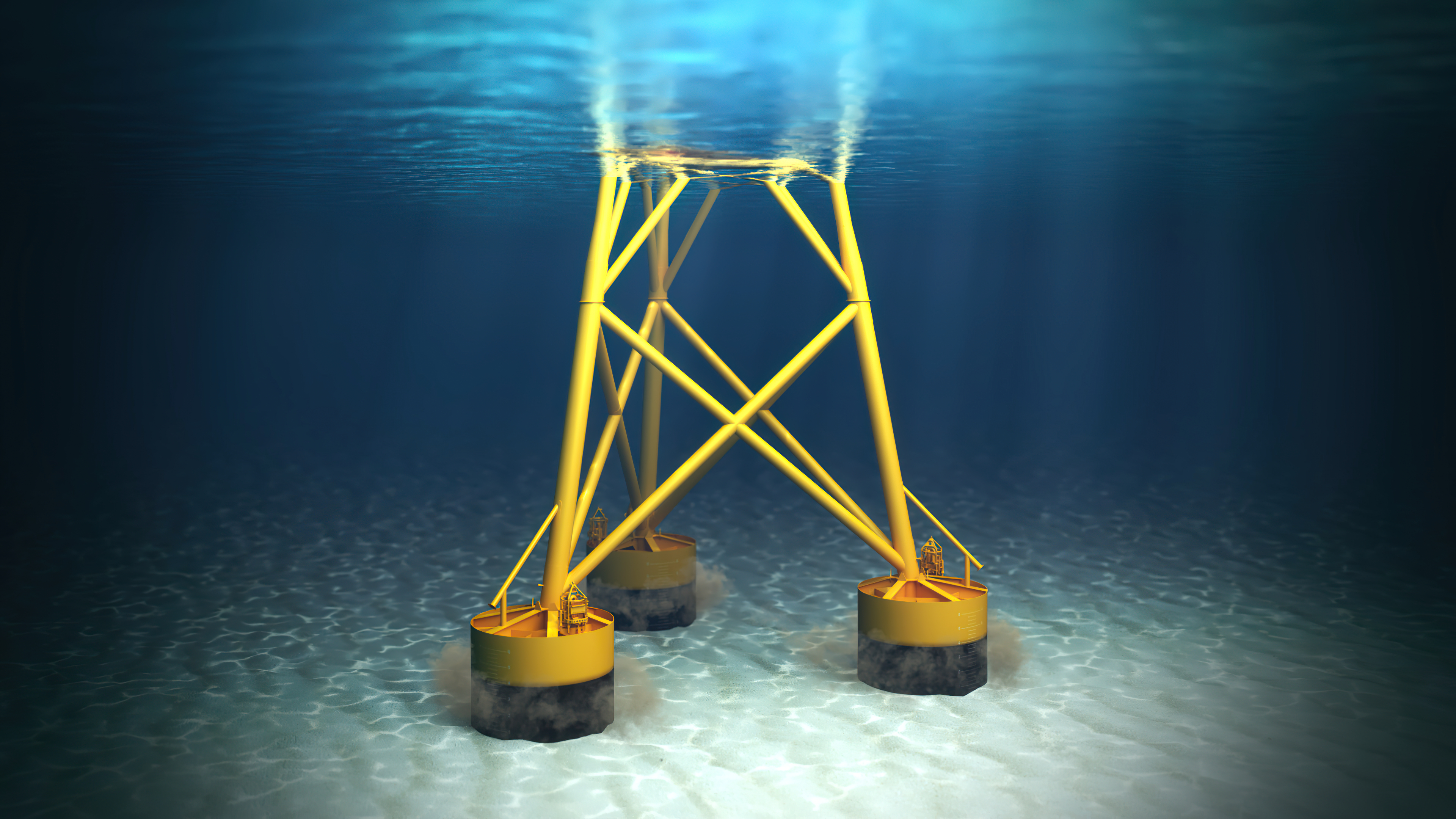 This is Framo's second order for 'suction buckets' to anchor offshore wind farms, and the company has been involved in the major milestones for this technology.
In the summer of 2018, 20 large offshore wind turbines were secured by suction at Borkum Riffgrund 2, just over 50 km from the coast in the German sector of the North Sea. This project was easily the largest of its kind at the time, with 20 foundations and a total of 60 suction buckets. With 114 foundations and 342 suction buckets, the Seagreen project will now take over as the largest project using this technology. And there are good reasons for choosing it.
"The suction anchor technology has an environmentally friendly footprint. As well as lowering costs by reducing the installation time, the Framo concept is almost soundless during installation and extremely simple to disassemble," Thilesen says.