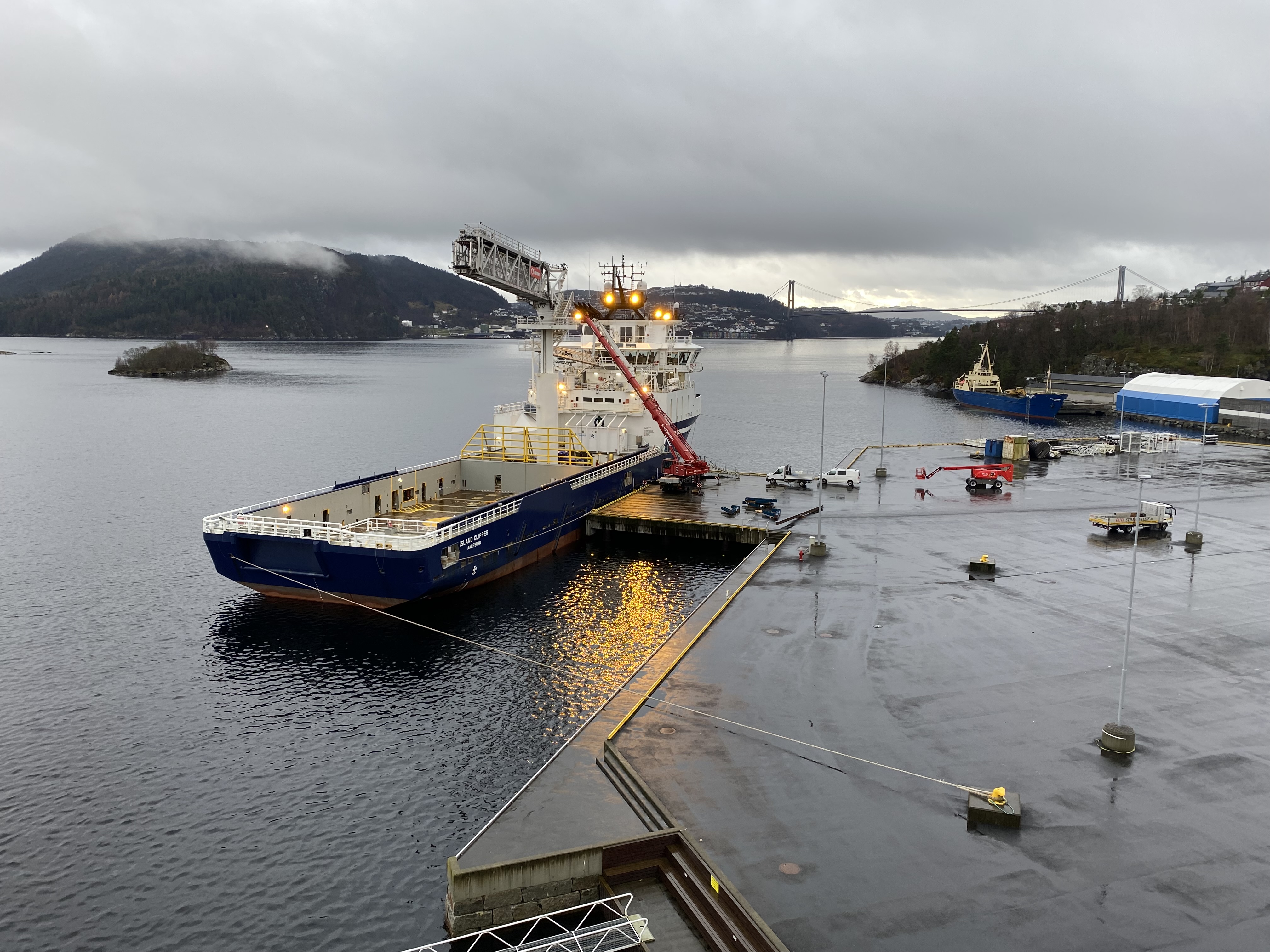 The vessel visited Florvåg to have its Framo hydraulic piping system upgraded. By dropping anchor right outside the workshop, Framo’s service people could easily move between the workshop, warehouse and vessel.

The crew of the supply vessel of the Ulsteinvik shipping company, Island Offshore, were very satisfied with their stay in Florvåg.

“It’s not often we visit a base or dock area where the people are so helpful with everything. Full marks to Framo,” says captain Stig Silden on the Island Clipper.

The article continues below the photo. 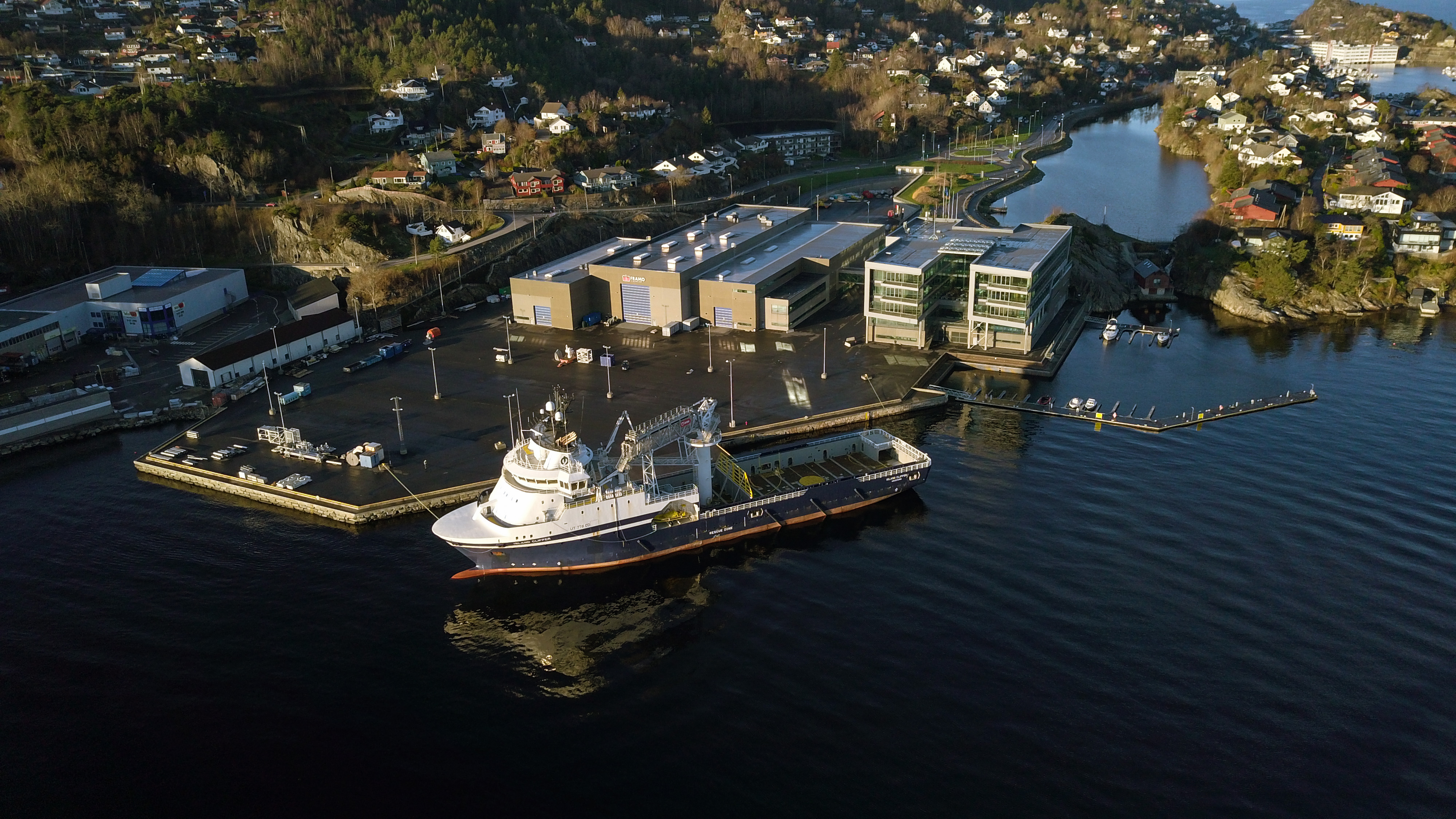 The Island Clipper is equipped with a cargo pump system and Transrec from Framo, and both systems are driven by an HPU from the Framo factory in Fusa.

A high return pressure in the existing system when the Transrec was in use required the return piping to be widened in order for the system to be approved in accordance with NOFO regulations.

Due to the high level of activity on Framo Holsnøy, the factory in Nordhordland was overstretched, so it was great to be able to cooperate across locations, enabling Framo Nederland to prefabricate the piping for the vessel. And when the vessel was in for service on Askøy, the piping was effectively replaced to meet the dimension requirements.

In course of those four days the Island Clipper was berthed, the shipping company arranged for several firms to make various upgrades on board the vessel.

Captain Silden has positive feedback about his stay:
“Great facility, helpful people, poor weather – that summarises the four days we spent there.” 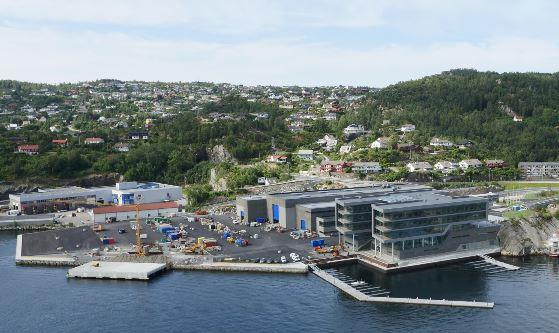