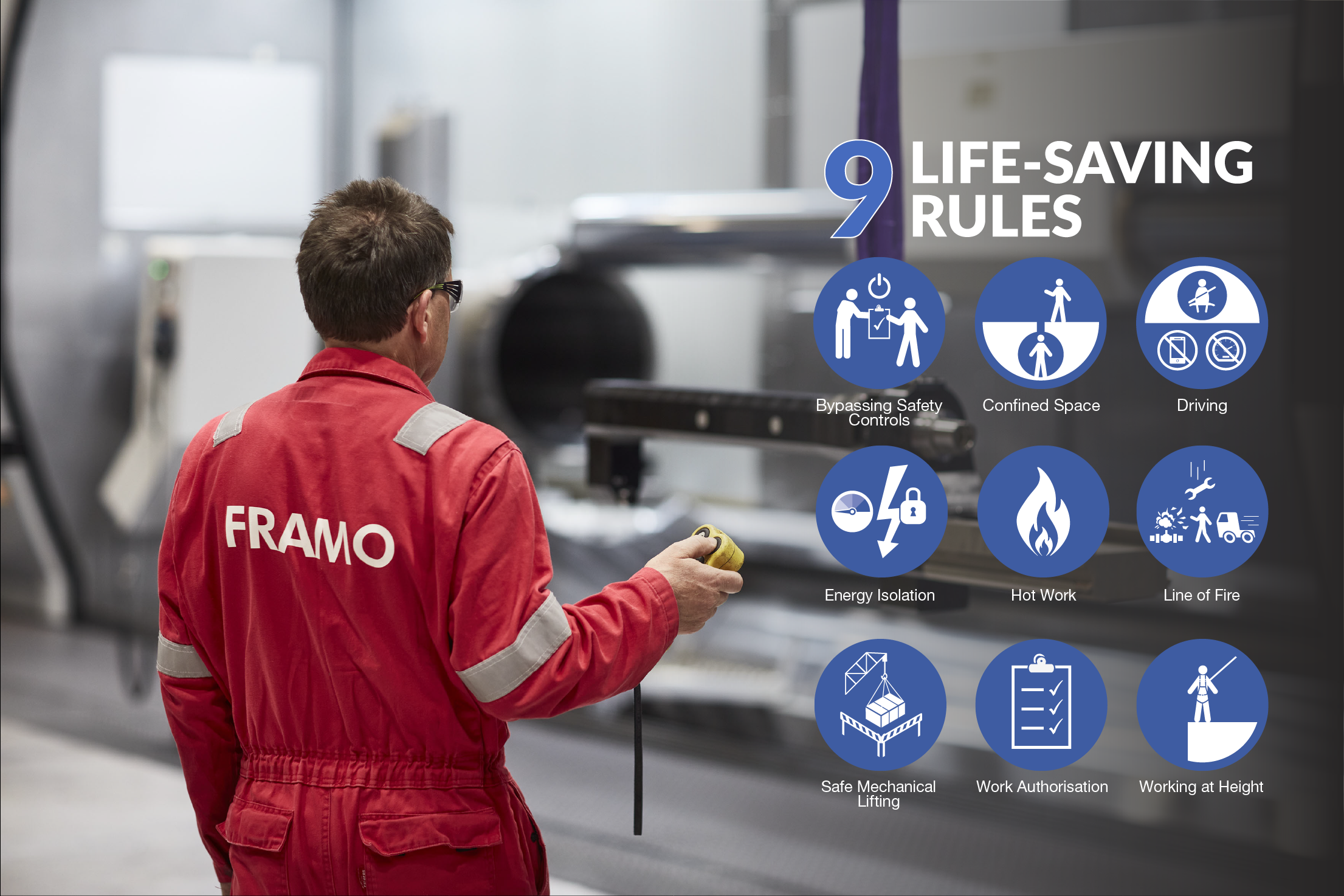 Safety is the number one priority in Framo. Therefore we have implemented the nine simple live-saving rules as a check-list before starting a job.

“Some people might think that these kinds of rules are mundane. They’re not. They are essential in preventing fatalities. At the factory, we work with acid baths, painting, sandblasting, heavy lifts, welding, moving vehicles and cranes, and there is a radiation hazard from the use of X-rays. It is fundamentally important to keep control of all risks. Accidents happen when you’re ‘just going’ to do something or you take a shortcut,” says Quality and HSE Manager Jeanett K. Flatøy.

The nine simple life-saving rules work as a reminder to think first before starting work that could be hazardous.

“We have procedures and instructions for what to do and how to do it, and our job is to make employees aware of these, so everyone follows them. We want everyone to take five and think things through before they make a start on a job or other assignment that could involve a risk. Our goal is for everyone to know these rules and to use them as a check-list before starting a job.”

Initiatives from the customers

The initiative for the rules originated from customers in the oil industry who wanted their suppliers to make use of the same set of rules and concepts as they did. A worldwide study of fatal accidents in the oil industry from 2008 to 2017 showed that 376 lives could have been saved if life-saving rules had been followed.

“40 percent of companies in the oil industry, our customers, in other words, have joined forces to standardise practice in the industry for HSE and other issues, and the life-saving rules are the most relevant for us just now,” says Jeanett.

The nine life-saving rules are included as part of HSE and safety focus in Framo.

"We always have the time to stop and think, irrespective of any delivery deadlines. If we use these rules, we are much more likely to stay safe at work every day,” says Jeanett Flatøy.